This week there has been a wide range of activities to enhance and broaden the learning experiences for the children.

In year 3, the children have been continuing with this half-term’s technical challenge of the ‘Swallow Class Bake Off’. They are now two weeks into it – will they make a profit or a loss? Watch this space!

Year 4 were privileged to have a visit from the museum service to expand their understanding of Anglo Saxons. During the workshop they were able to have hands on experience exploring replicas of artifacts and dressing up in costume. We would like to say a huge thank to the BSA who provided the funding for it.

Our under 9 football team played an away match this week against Queensgate Primary School, this was part of a knockout tournament. They did very well as they won the first match in the Tournament that was played in October but were sadly knocked out 5 -1 in this week’s match. It has been a busy week for our football teams this week as our Under 11 girls’ team played against St Francis – they won their match 1 – 0. Well done to all of the children who took part in both matches their team spirit and sportsmanship was exemplary.

Over the last few weeks we have enjoyed being able to welcome so many parents into school to support the children’s learning. In year 3 we have had parents in for both the Book Club and the Bake Off, their help with the cooking has been invaluable. We have had a fantastic turn out for our Friday afternoon Book Club in Robin, Owl and Chaffinch class. If you have not been able to come along on one of the afternoons so far, we would encourage you to join us and be part of our learning community.

I would like to say a huge well done to the year 6 children that have taken part in this week’s Bikeability. They were congratulated by the coach as being one of the best groups of children they have ever had for behaviour, attitude, attentiveness, awareness and ability. We are proud of them for being such a credit to the school. 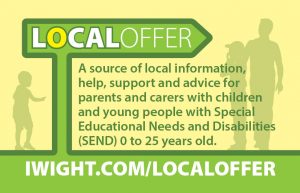